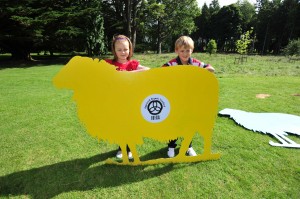 The 2010 Portumna Forest Picnic which will take place on Sunday 12th September was officially launched in Portumna yestreday (Sunday 15th August). The day is aimed at families with the emphasis on locally produced food and admission to the public is free. The event is being held to mark National Organic Week 2010 and is being coordinated by the Irish Cattle & Sheep FarmersÕ Association (ICSA), the Irish Organic Farmers & Growers Association (IOFGA) and Slowfood with the help of Aoibhnn and Conor Goode from Portumna. Photo:Andrew Downes.

The improved #soil structure in #OrganicFarming reduces erosion, supports #PlantHealth and makes organic more resilient to changing weather conditions 🌧️☀️⛈️⛅️🌦️❄️🌪️
Read more about how #OrganicDelivers for climate and biodiversity in our 📰🤓👉 http://ow.ly/w49s50JNRTj